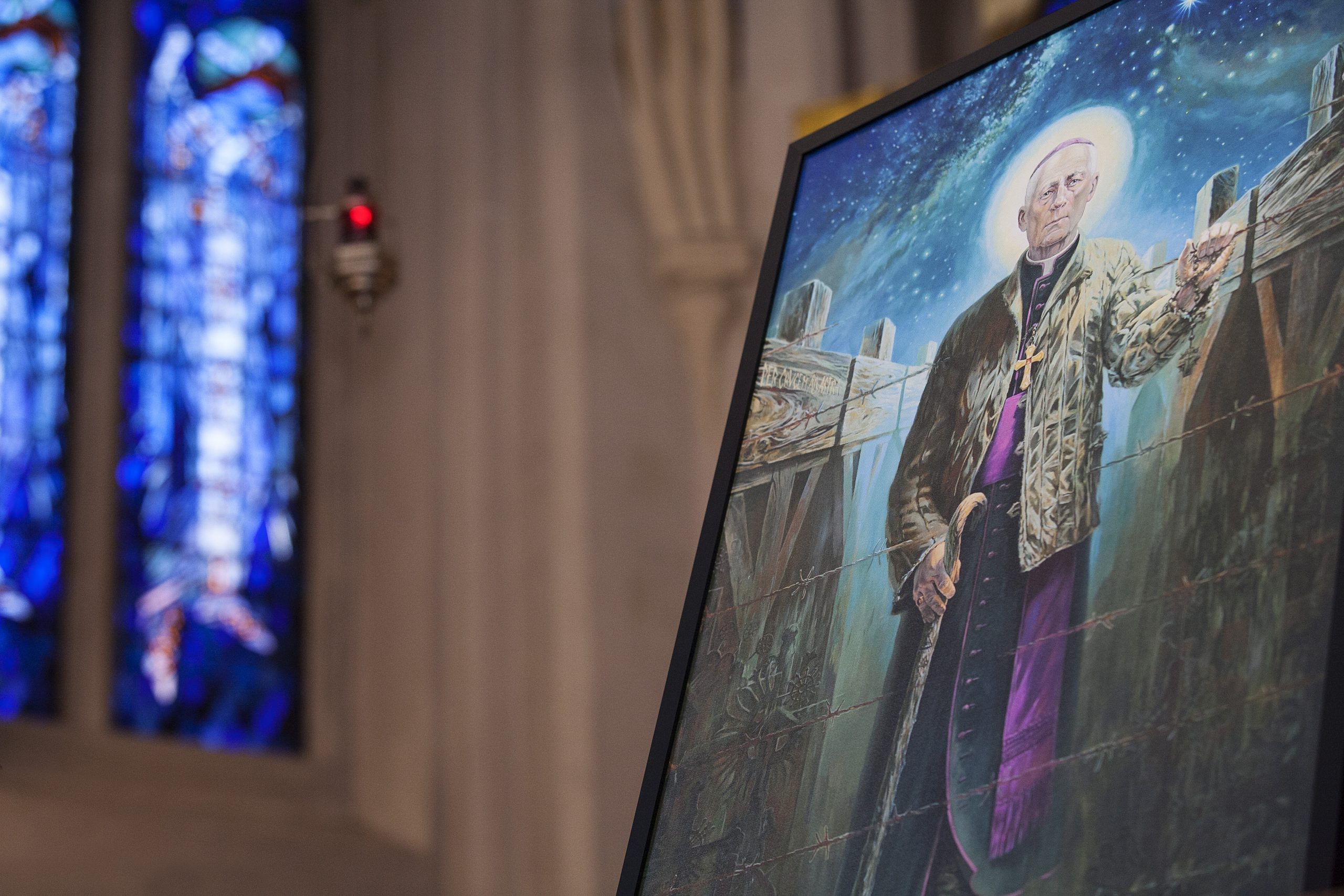 Teofilius Matulionis was born on 22 June 1873, in Kudoriškis, the district of Alanta. At an early age he lost his mother and faced difficulties in realising his dream to study. He studied at St Petersburg Spiritual Academy and received his priestly ordination on 4 March, 1900. In 1929 he was consecrated a bishop in secret there.

As he lived at the juncture of the 19th and the 20th centuries, he encountered and suffered from three alien ideologies – tsarism, Nazism and communism. By following the Gospel of Christ he remained a firm witness of truth and a free person. He had to spent 16 years in almost ten confinement institutions. He was judged 5 times and 4 times attempts were made to poison him. During his lifetime he did not have a permanent living place. In the Gulag concentration camps he got the most difficult and exhausting work, yet he never complained of what he had to endure and did not blame those who tortured him. He did not lose his spirit and gentle paternal goodness. He was especially devoted to the Sacred Heart of Jesus and was the first to establish the perpetual adoration of the Blessed Sacrament in Lithuania. He was also the first to promote the devotion to the Divine Mercy. He protected the rights of the believers and human dignity. He did missionary work in Russia. He remained firm and faithful to Christ in the most complicated life conditions and continued his pastoral ministry even staying in captivity. Teofilius Matulionis died on 20 August 1962 in Šeduva, some days after the search and the given injection. Buried in the cathedral of his diocese in Kaišiadorys.

On 27 September 1936, Bishop Teofilius Matulionis was appointed Chaplain of the Benedictine Sisters of Kaunas. When residing at the Benedictine Sisters, Bishop Teofilius particularly attended to the commemoration of the 550th anniversary of the Baptism of Lithuania and the 20th anniversary of Lithuanian Independence. To commemorate both events, he proposed to establish perpetual adoration of the Blessed Sacrament in St Nicholas’ Church. In 1943, Bl. Teofilius together with the Benedictine Sisters saved Esthera Yellin, a Jewish girl, whom they were hiding in the monastery of Kaunas, the orphanage of Čiobiškis, and in the Curia of Kaišiadorys. Bishop Teofilius and Sr Angelė Misiūnaitė OSB were posthumously awarded the Life Saving Cross in 2003 and 2013 respectively.  Three sisters accompanied him and served him in the curia. When Teofilius Matulionis was appointed Bishop of Kaišiadorys, three Benedictine sisters accompanied him and served him in the curia. Even after the Bishop‘s arrest in 1946 they continued taking care of the curia till 1949. When Teofilius Matulionis returned from the exile (1956), Sr Angelė Misiūnaitė OSB served and nursed him in Birštonas and Šeduva to his death in 1962.

Adoration of the Blessed Sacrament for the intentions of Bl. Archbishop Teofilius Matulionis, namely, for our Homeland and its spiritual rebirth, takes place on the first Monday each month, at 8 p.m. at this church. You are most welcome to join.